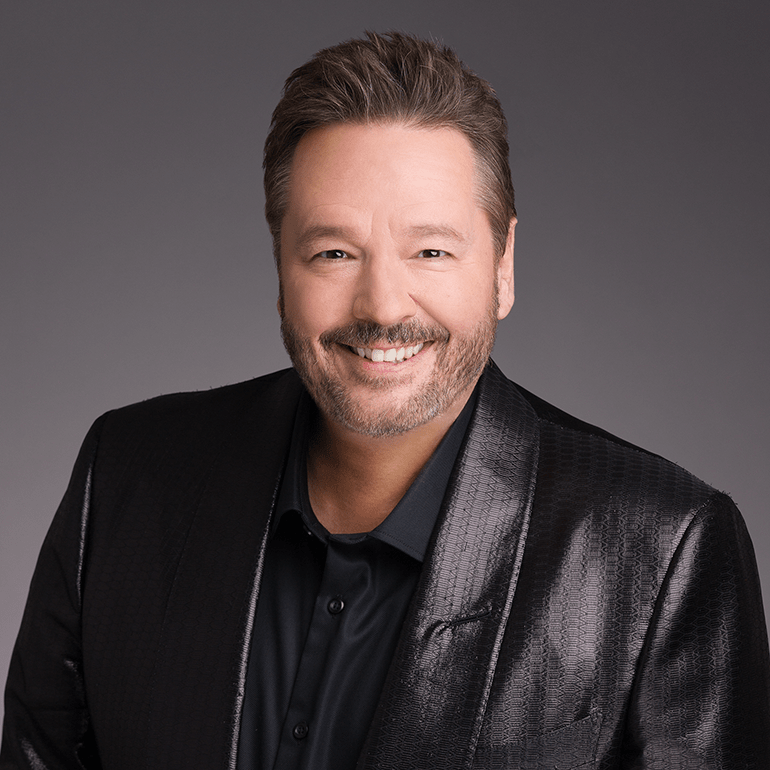 Named the “Best Las Vegas Strip Headliner” by Las Vegas Weekly three years in a row, America’s Got Talent winner Terry Fator captures the audience’s hearts and funny bones with his unique brand of entertainment that combines ventriloquism, singing, comedy, and breathtaking celebrity impressions.
Fator enjoyed a record, 11-year run at his own theatre in the Mirage Hotel & Casino, having played in front of millions. His cast of characters includes Winston, the Impersonating Turtle; Emma Taylor, “the little girl with the big voice”; Maynard Thompkins, the Elvis Impersonator; Duggie Scott Walker, the annoying neighbor, and; a host of famous singers, past and present. 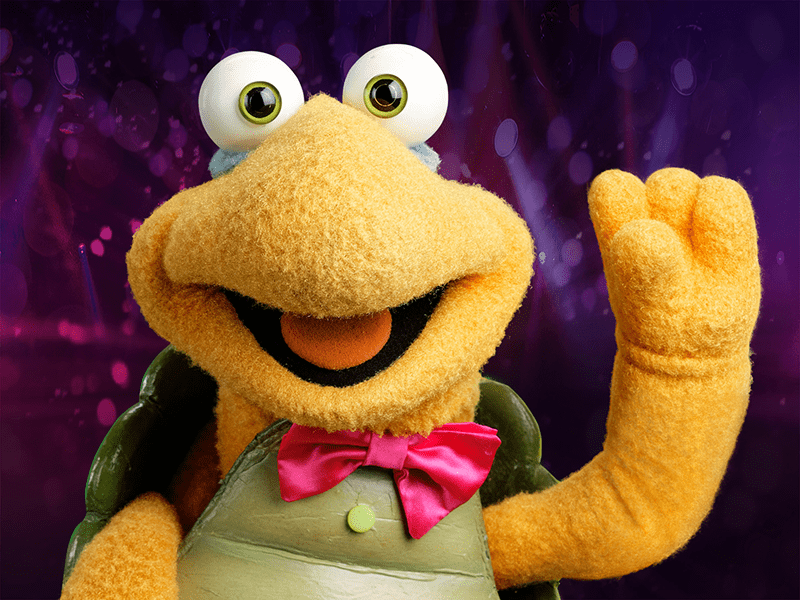 Winston is the turtle who helped Terry win America’s Got Talent by showing the world that he (and Terry) can impersonate any singer and any style of music. He joined Terry’s team after his AGT performance.   Winston’s innocence and inability to understand Las Vegas or life outside the boundaries of his pond reminds everyone of the child inside all of us. 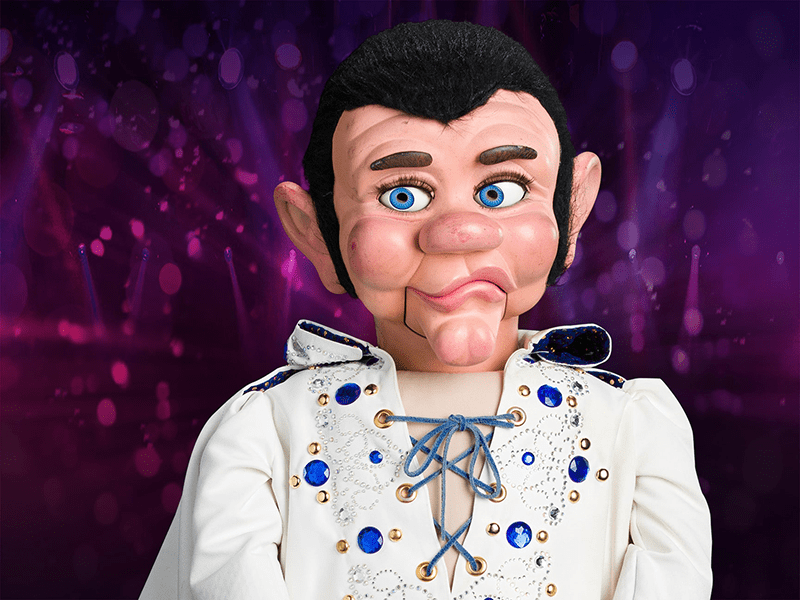 Maynard is the world’s greatest Elvis impersonator…who never had the patience to actually learn any Elvis songs.   He has toured with Terry on the road for decades and never fails to fail at doing what Terry asks.  As neurotic as the actual Elvis, he doesn’t like his personal space to be violated, and will go to great lengths to keep people from touching him. His laziness and ability to fall asleep anywhere at any time should be a hinderance to his career, but as long as people are laughing  he makes up for that with his charm.

Walter T. Airdale is a country music superstar who has known Terry longer than any other performer in his show.  He can sing classic country, Grand Ole Opry, modern Nashville singers like Garth Brooks and Toby Keith, he can even yodel…anything that will impress the ladies. Walter has been married at least 8 times, thinks divorce was invented just for him, and he actually brought dates to several of his weddings, because in his words, “just in case”. 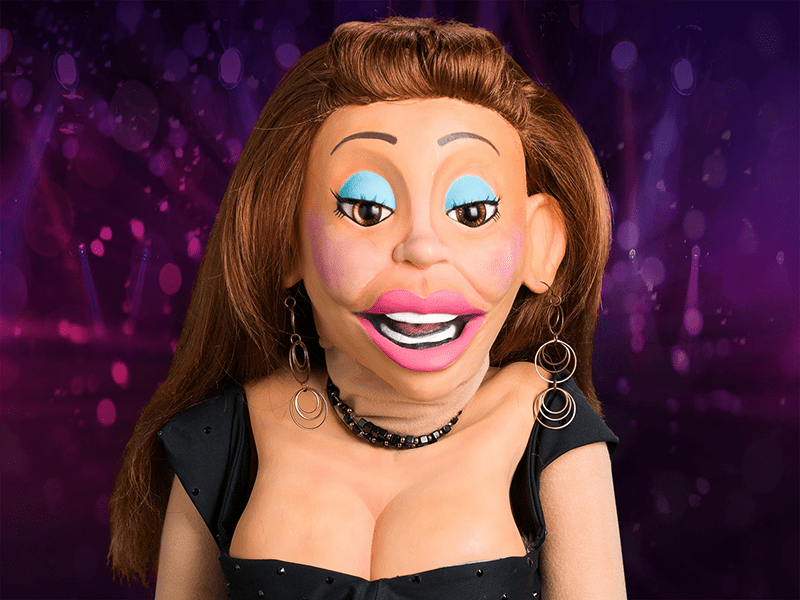 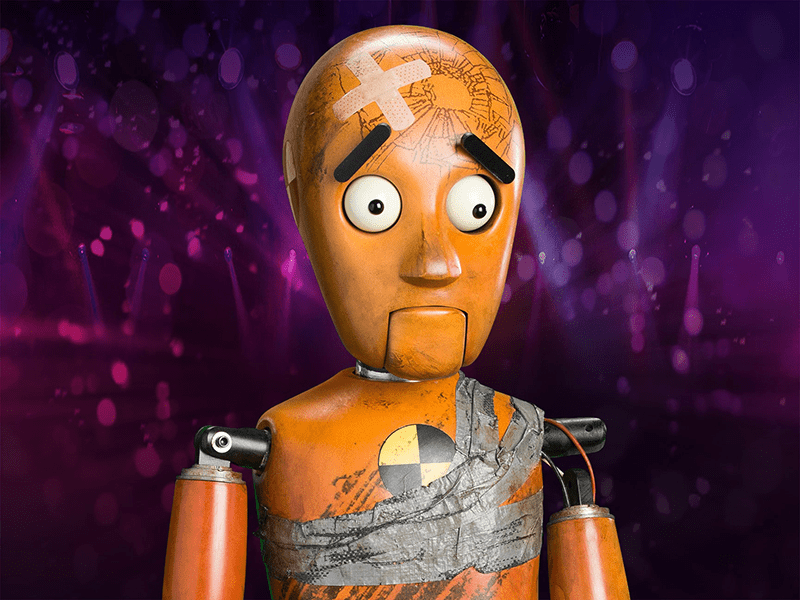 Wrex is Terry’s psychiatrist, a former crash test dummy who helps Terry put things in perspective because of his philosophy of positive pessimism.  He is a firm believer that life is meant to be nothing but trouble, which makes sense if you are a former crash test dummy, and his complete acceptance of his fate gives him the ability to rise above the suffering in a strange comedic way. 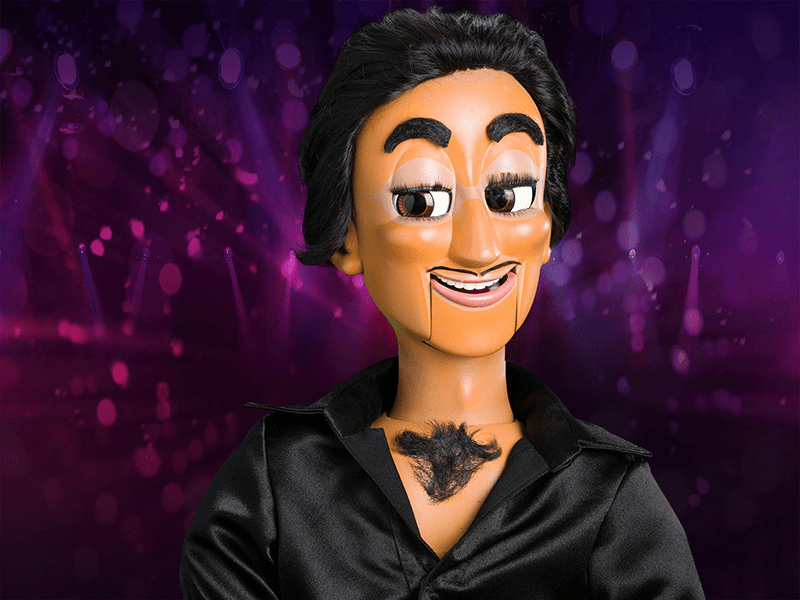 Fernando is the Vegas stage version of the movie’s Latin Lover, with a sexy confidence that comes from knowing that women love him because he is Fernando.  Fernando is the man every guy dreams of being, who oozes self-confidence and sensual passion.  He is the man women want to be with and the man Terry wishes he could be. 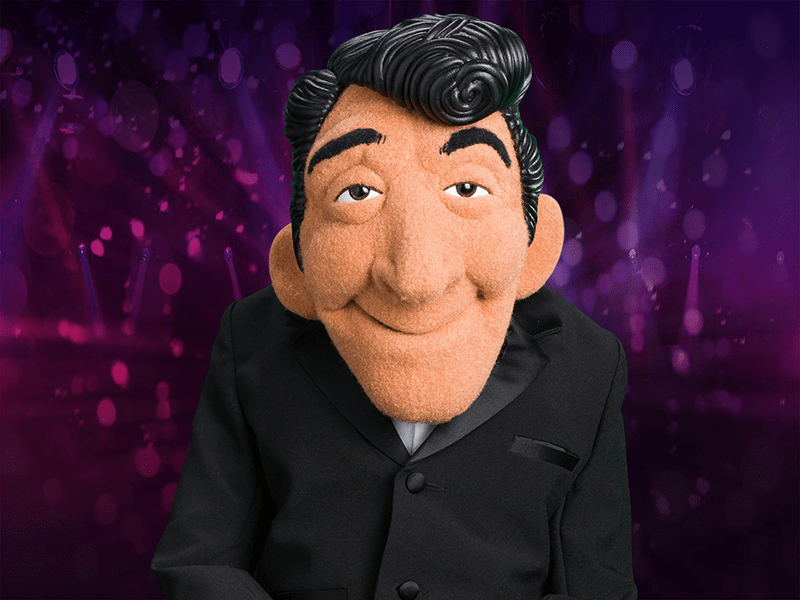 Terry’s new Dean Martin sounds great and looks fantastic, proving that alcohol is a preservative. Just like the days at the Sands, Dean teams up with Frank and Sammy to deliver classics from the Great American Songbook. 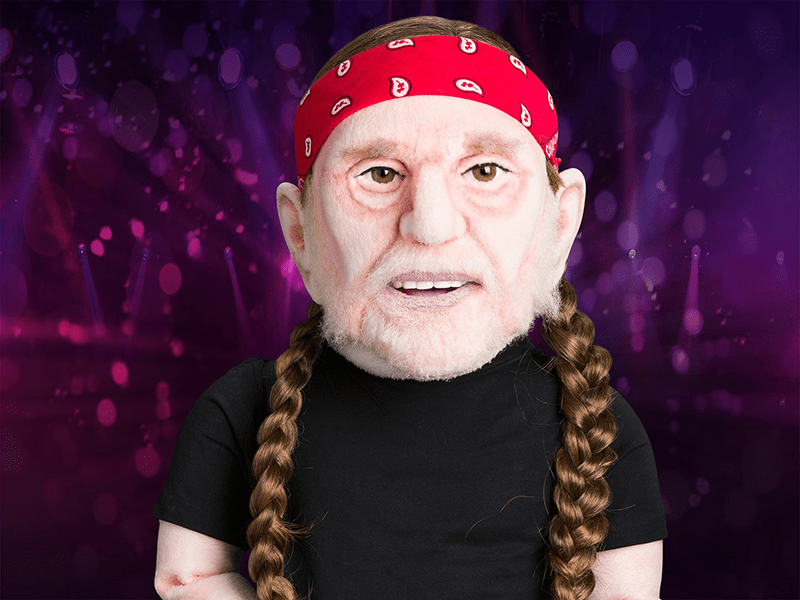 Willie Nelson is one of Terry’s five new cast members. He not only joins Fernando in a classic duet, but he reminds people the best way to handle the IRS. 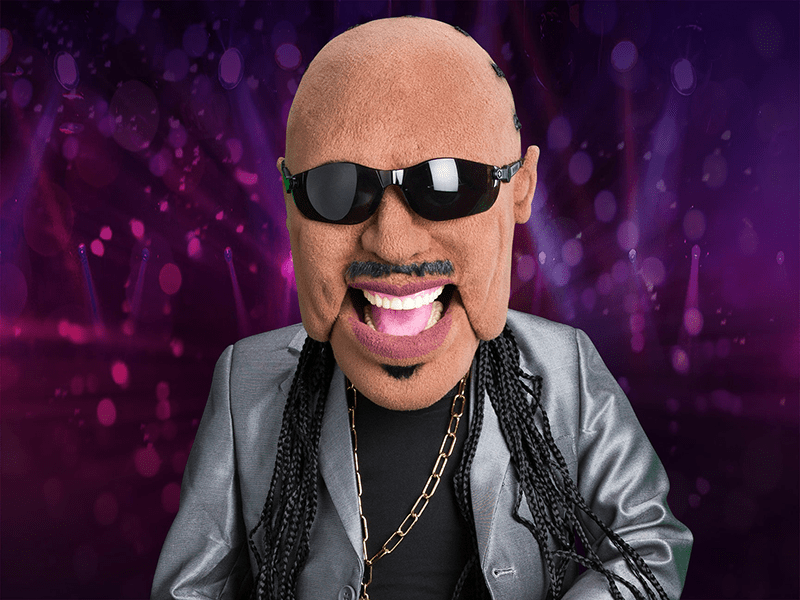 Legendary soul, pop and R and B legend Stevie Wonder takes the stage dedicating a song to the love of his life, then invited Paul McCartney to join him on Ebony and Ivory. 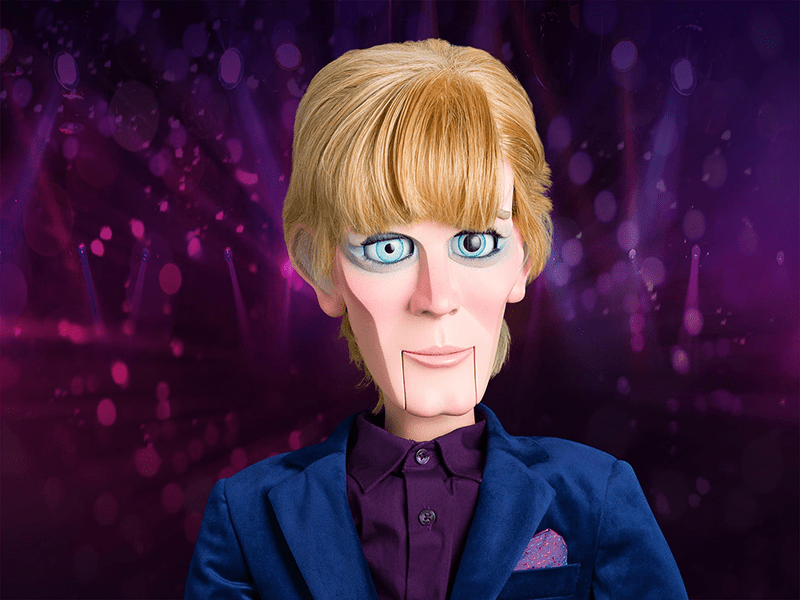 The unforgettable David Bowie joins Terry for a set that includes a never before seen duet with another legendary British rocker, Sir Elton John. 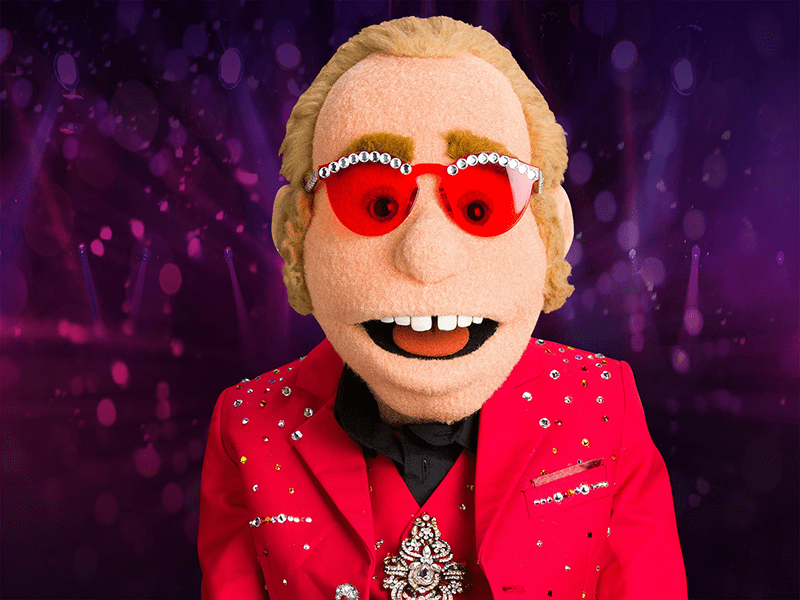 A new superstar is joining the cast. Oscar winner and Grammy winner Elton John! if you love Elton’s Tiny Dancer, Benny and the Jets, Honky Cat and so many more, stop by the show to check him out. 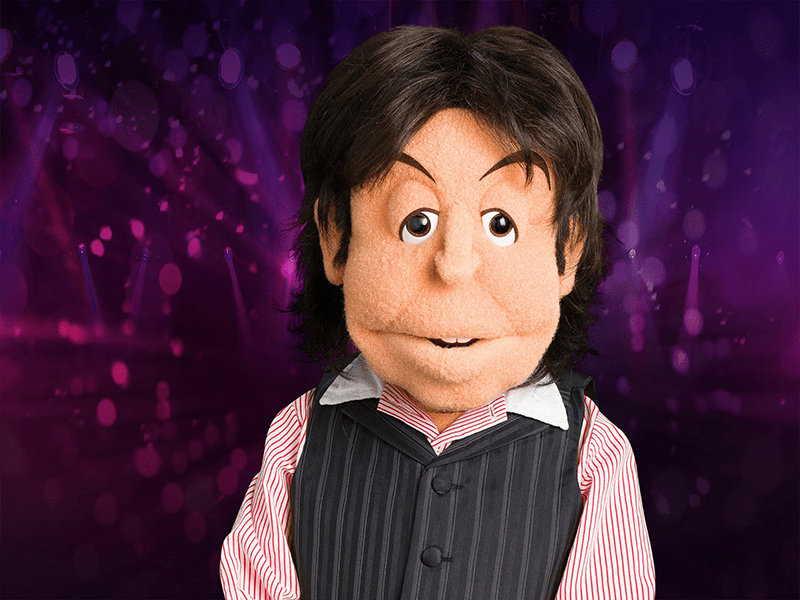 “Paul McCartney” will do his special take on some Beatles classics. 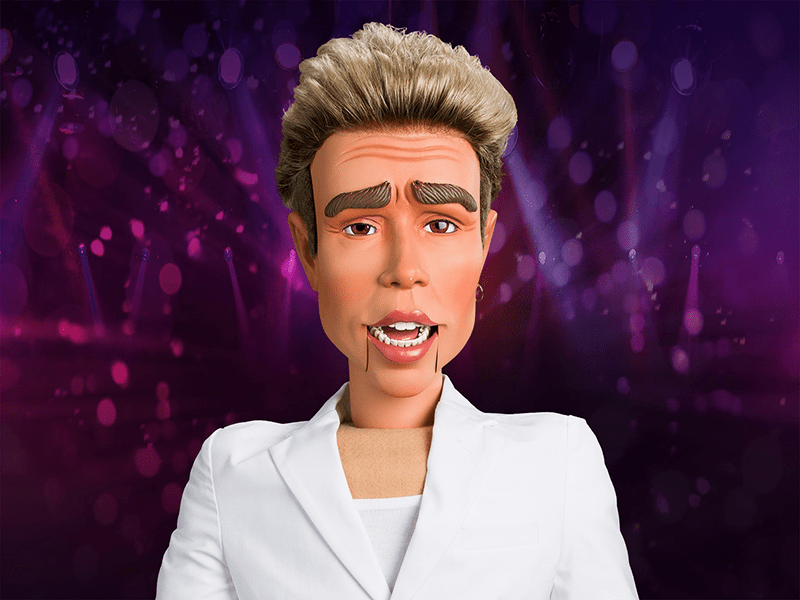 Justin Bieber has joined the show and comes with a double surprise. Make sure on your next trip to Las Vegas come see me and them. 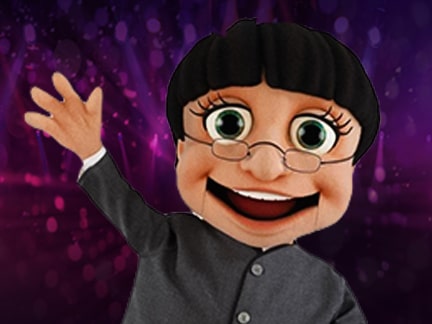 Hyphen was in the Beatles until he got kicked out for taking their songs and rewriting the lyrics to comment on current events and modern life. You never know listening to him whether his stories about his past are true or not but to him, once he says them they become the truth. 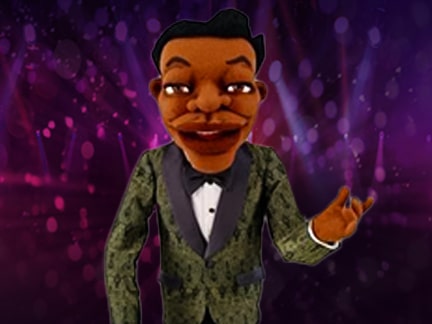 Julius is a legendary African American singer whose performances at The Apollo Theater have earned him a place in Apollo history. Along the way Julius performed with the greats of the Doo Wop and Motown eras, working with everyone from Quincy Jones to Ray Charles to doppelganger Nat King Cole. Julius has been a big influence on the soul musicians of today and is someone who will tell it to Terry like it is.

Monty is a Rat Pack singer who like Terry has had a number of ups and downs in his career and is now thrilled, like Terry, to be on stage in New York New York. If there is a song that defines him (and in many ways Terry) it’s Sinatra’s That’s Life. 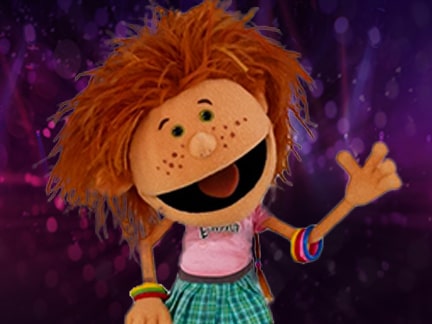 Emma Taylor is the forever 12 year old who is obsessed with her phone, selfies and social media. Like a lot of tweens, she falls in love with the latest boy singer heartthrob. Her goal in life is to marry Justin Bieber, or someone from BTS, and have her own YouTube channel that makes millions of dollars so she never has to do anything except post videos all the time. Emma knows the songs of the Taylor Swifts and Billie Eilish’s of today, as well as the songs of Karen Carpenter, Aretha Franklin and Etta James. 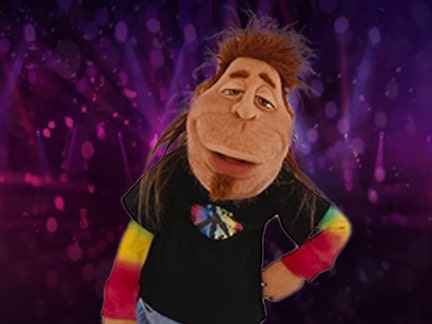 Duggie Scott Walker is everyone’s nightmare, a truly annoying neighbor. Duggie is in his late 30s, early 40s, lives in his Mom’s basement and considers himself a Ganjapreneur. The only job he’s ever had is with Terry as a roadie. In his own weird way, Duggie’s nonsensical comments to Terry are brilliant, like Yogi Berra (if he partook of the sacred herb), as somewhere in his rambling there is a nugget of common sense, accompanied by the strong smell of herbal enhancement. From dawn to dusk and dusk to dawn, his spirit party animal is a wise old owl that smells like stale smoke. 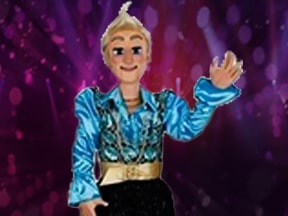 Berry Fabulous is a Broadway wannabe who knows every lyric of every Broadway showtune—to the point where he expresses himself constantly with songs from his favorite musicals. He never reached his dream of being an international star, but has worked as the director of his community theater for the last 20 years. While Berry doesn’t speak about his personal life, he is unashamed of his flamboyance and his passion for all things theater and is an example of how you have to be true to yourself. 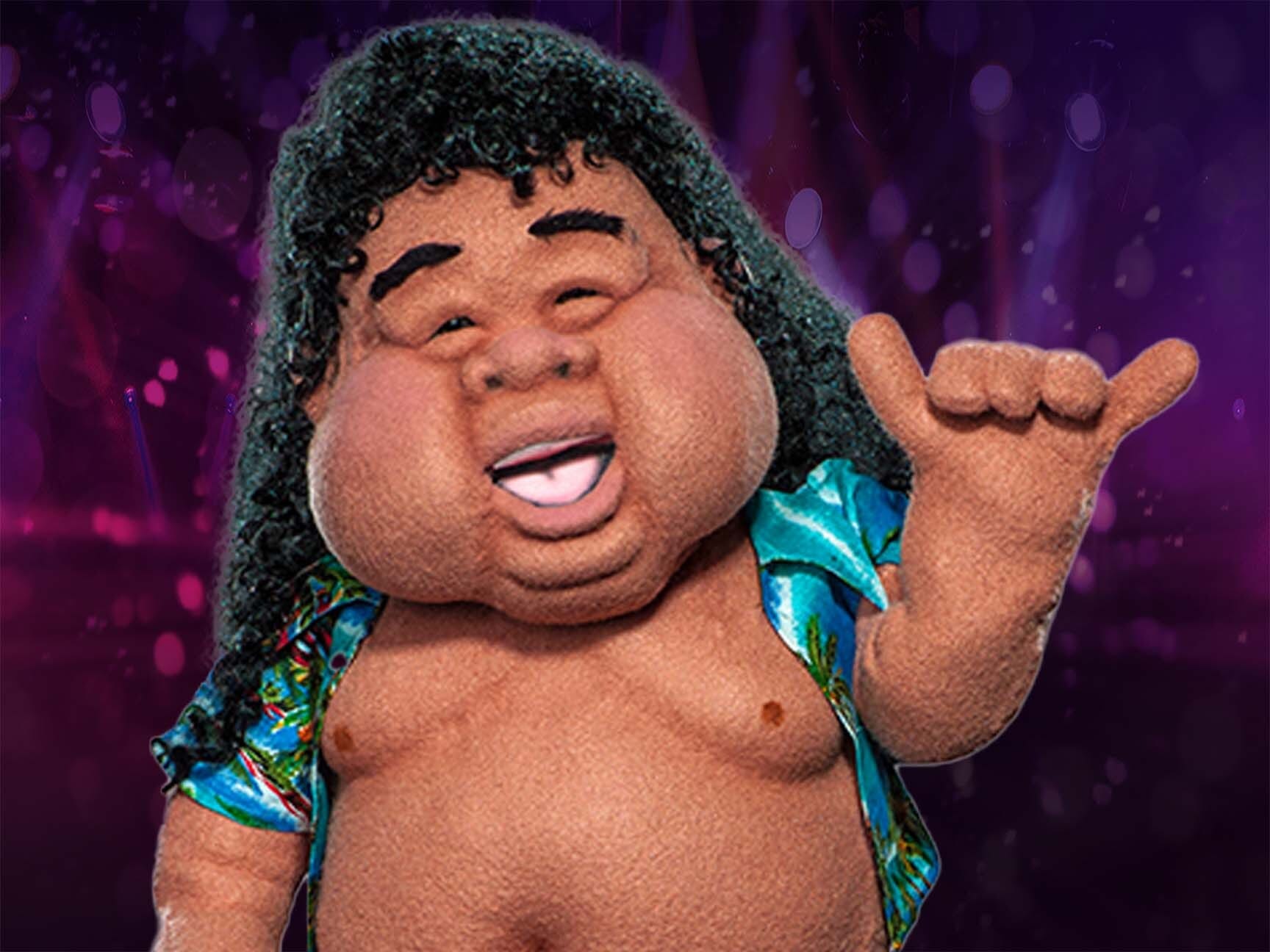 Kani is from the islands. Specifically, the 39th Island of Hawaii, also known as Wisconsin. Originally created to be a unique character for Terry’s Hawaiian performances, he has a thick Midwest accent but loves Island life. He sings traditional Hawaiian songs in their original language, is eager to learn and use island phrases, and makes jokes about his Hawaiian appetite. Come join his ohana and say aloha to this talented singer – he’ll certainly tell you mahalo for coming by. 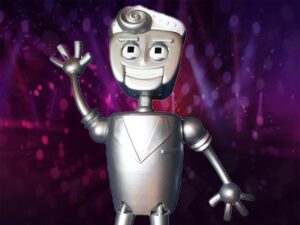 With a robotic voice and a superior attitude, Rusty is excited to show off just how intelligent and sophisticated his technology is. He’s a prototype who plans to make the NYNY casino fully automated by replacing all employees with himself, and Terry’s show won’t be an exception. Rusty does impressions of all Terry’s puppets, and he happens to think the show is better that way. Perhaps the plan has a few bugs in it, but with a few software updates, Rusty is sure the glitches will be smoothed over for maximum audience enjoyment levels.